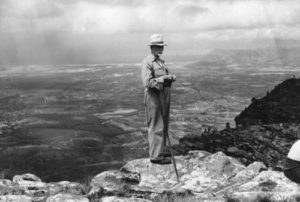 My best pastures on the farm are named Smutsfinger grass. It was named after a true polymath, General Jan Smuts. As a child, our dad would drag us up Table Mountain via the beautiful route named Skeleton Gorge. It’s a difficult hike, and my brothers and I would complain a lot. To get us to stop complaining, my father would tell us that even Jan Smuts used to do the hike and he was already age 70. That kept us quiet.

Later I heard about this man who to date still has the best marks at Cambridge for Law, a man who only went to school when he was 12. I highly recommend reading Richard Steyn’s biography. It is a balanced account of this great South African.

This speech to both houses of the British Parliament in the Second World War https://www.youtube.com/watch?v=8fcQ5gD_7UA shows him at his best. Well worth watching. His relationship with Churchill is a fascinating part of the story.